Taking the leap from sales to business owner: A Brightway franchisee’s journey to success

Being your own boss is certainly enticing but starting a business on your own can be risky. Franchising, however, can offer the same freedom of managing your business in addition to the tools and support to lead you to success. One Brightway agency owner took the leap from working in sales to starting a franchise nearly six years ago, and has since become a trusted advisor for his customers across multiple agencies in Louisiana and Florida.

Ready for a change 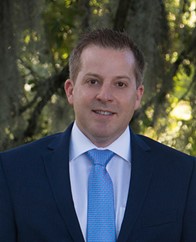 Chris Schmidt worked in sales his whole adult life, but the industries he worked in didn’t

By 2015, Schmidt ultimately decided he was ready to work for himself and sought opportunities in more steady industries. He thought franchising would be a great place to start, as he knew most franchises also include back-office support.

Schmidt began his discovery process by searching online for the best franchises. What he found was Forbes’ annual rankings of the best franchises to buy, and that year (2015), Brightway topped the list as the No. 1 franchise overall. Schmidt immediately took that as a sign to reach out and learn more. He quickly realized that the insurance industry was one of the most stable industries to be a part of.

Fast forward a year and in 2016, Schmidt opened his first Brightway location in Harahan, La. He later expanded his footprint into Pace, Fl through Brightway’s multi-unit program.

“Extending the reach of Brightway, The Schmidt Family Agency to Florida was a dream come true,” said Schmidt. “From the time I opened my first Brightway Agency, I was impressed with its system of support.”

Now a nearly six-year veteran with Brightway, his agencies have been consistently successful, leading him to be named the Southwest Region Sales Leader in 2021 as his Louisiana location sold the most policies in 2021.

“One of the realizations that I had very quickly but was also successful in knowing was that the franchisor doesn’t drive the business,” said Schmidt. “The franchisor is there to support you from behind the scenes, and that’s where Brightway adds the most value. Brightway has done a really good job of supporting us as we’ve grown, and we continue to be at the forefront of this unique model they’ve developed.”

Because Schmidt’s agencies are both in states with high risks of inclement weather, insurance has been even more of a necessity. Now is also a challenging time for many customers, who are struggling with rate increases. This is where Brightway agents like Schmidt differentiate themselves. Customers have been contacting Schmidt and his agents to help them determine their best options for coverage.

“I’m a believer that once someone changes their perception of you from salesperson to advisor, that’s how you build long-term relationships with people,” said Schmidt.

This is one of the many reasons Schmidt enjoys working in the insurance industry, as it’s heavily focused on developing relationships and serving as an advisor to customers, rather than simply selling policies. Schmidt prides himself on his agencies’ success with building and growing their customer base as they continue to provide personalized options to protect their most valued assets.

Interested in owning your own business but hesitant about going at it alone? Take it from Schmidt—starting a Brightway franchise gives you freedom to manage your own business with plenty of support along the way.