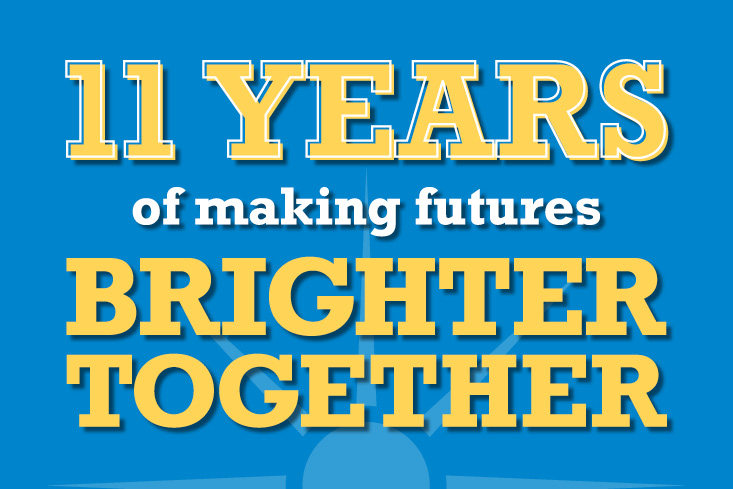 JACKSONVILLE, FLA. — When brothers David and Michael Miller founded Brightway Insurance in 2008, they set a lofty goal of growing into a $10 million business (measured in annualized written premium) within 10 years. They surpassed the goal within a year and now, as Brightway celebrates its 11th anniversary, that number has crossed the threshold of $610 million.

“David and I set high goals and expectations when we first started Brightway, and we were determined to build a business that encouraged each of our stakeholders to reach their full potential,” said Brightway Co-Founder and CEO Michael Miller. “In just 11 years, we’re proud to see the results have far exceeded our expectations, and we’re honored to be a part of the workforce behind Brightway’s continued success.”

With its corporate mandate of creating Win, Win, Win outcomes, Brightway has fostered a system to help franchisees, customers and employees reach their potential. As a result, the company continues to see marked growth:

Over the course of its 11-year history, Brightway has built a comprehensive system of support, including after-the-sale service, that empowers its Agents to sell more new business. In January, the company introduced its new Independent Agent program that gives experienced Personal Lines insurance Agents the opportunity to start selling in the Brightway system while qualifying for franchise ownership.

Forbes recognized the company as America’s No. 1 Franchise to Buy in 2015. Additionally, the company was named the No. 1 Insurance Franchise Buy by Entrepreneur magazine in 2019, one of the fastest-growing private companies in America nine consecutive years by Inc. 5000 and one of the Best Places to Work by the Jacksonville Business Journal two years in a row.

“Being a Brightway Insurance agency owner certainly has given me a sense of financial security over the years and flexibility to spend more time with my family,” said Sam Kassar, who owns Brightway franchise locations in Bonita Springs and Naples.

“I'm never alone in this journey! I love my Brightway family,” said Michele Robicheaux, who owns a Brightway franchise in Youngsville, Louisiana.

“I have been able to build my business creating an enjoyable life for my family now and into the future,” said Richard Miller, who owns a Brightway franchise in Neptune Beach.

“I am thankful to be a Brightway Agency Owner. I believe it is a great franchise to own because when it comes to being an independent insurance Agent, the model and platform they use is second to none,” said Ken Erdmann who owns a Brightway franchise in Mooresville, North Carolina.

“Brightway has been an amazing opportunity. It has allowed me to provide a quality of life for my family by offering my clients great values, which in turn help them provide for their families,” said Michael Hatmaker, who owns a Brightway franchise in Largo.

Brightway Insurance is a national property/casualty insurance distribution company with more than $610 million in annualized written premium, making it one of the largest Personal Lines agencies in the U.S.

Brightway got its start in 2008 and has since grown to more than 900 people in 194 offices across 21 states serving customers in all 50 states.